July 27, 2018
It’s Sea Day... we decided we were going to do breakfast in The Dining Room. The group met on level 3 to start the meal.  The breakfast has hot meals that can be ordered from the wait staff and a buffet for all the cold and continental items.   The wait staff was great and the food came out just right. Nice and relaxing compared to the Windjammer. 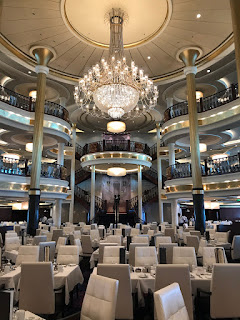 After breakfast K and a friend went to Jaime’s for a pre-reserved Cupcake decorating class. K says:  "It was so much fun!  We worked with pre-made cupcakes from the chef.  He showed us how to ice them with special designs.  He showed us how to make a rose out of fondant.  It was so cool.  We decorated four cupcakes each."  8 cupcakes for the whole gang to eat later!

While the decorating was going on, the rest of the group walked around the ship and everyone met up at our cozy Starbucks corner.   Drinks and snacks just like on land with a great view outside the big ocean view and promenade window. 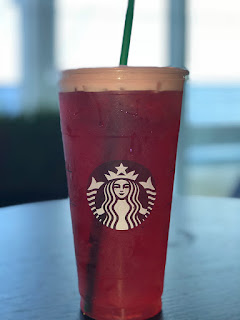 The gang went up to the Viking Crown Lounge where there was great views of the sunny day and we had a few great games of Uno.  Also some yummy chocolate chip cookies from the Windjammer. Yummmm. 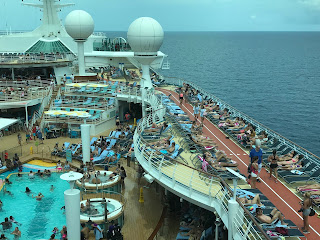 Then four of the adults attended the Escape Room called The Observatorium. It was so awesome.  There were 12 people in this fee based activity. $19.99 each. It runs all day with times you can pre-book on the cruise planner. It starts off with a quick briefing of what is happening and then you enter the room.  Without giving too much away you have 60 min to solve the issue at hand.  It takes communication, teamwork and a lot of analysis and deduction to figure out clues that are all around the room.  We actually solved the puzzle with just over 5minutes to spare.  The host said that about 40% of the teams solve it.   She was very impressed with our group cause we solved it missing one clue that we never found. She said we solved the hardest part easily and had a hard time with an easy one. Lol.  It was great, but it really requires the group work together to solve this and escape! Personally, I had no clue on some of the challenges, so I left that for the smart people, but I did help to solve a key component and found many clues! Lol.  I would highly recommend this if it’s for you.  There are 4 Escape rooms in the fleet so far, with more coming. 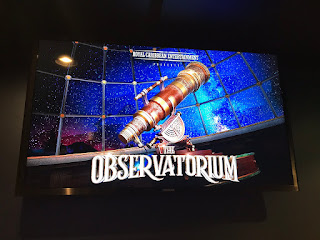 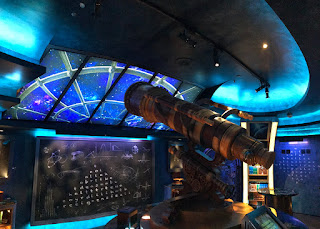 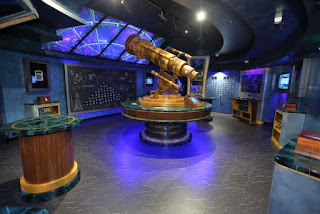 The group then decided a late snack (lunch not had) at the Cafe Promenade was needed. pizza and sandwiches for most.

Then we went to the Schooner Bar at 4 for Harry Potter Trivia. Half the group are Potter Fans. The other half fell asleep or just listened in. The group found these questions very challenging. Still interesting to hear all the questions and answers.

Our final dinner at the main dining room took place and as usual the food and service were great! We found our servers to be most attentive and they cared about our needs and changes to menu items as well as multiple desserts! Lol

We unfortunately needed to pack after dinner so we decidedly to not see the show. We then met up for games in the library!  Off to bed for most by 10:30, however I went with another party member to explore the ship. We went to the Helipad and pretty much spent most time there. It was phenomenal. The full moon and Mars were just above and out to the distance were clouds and lightening! So hard to capture it all in pictures... 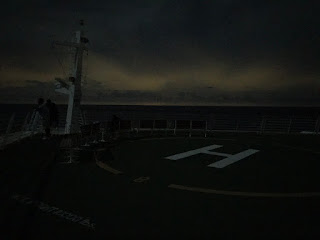 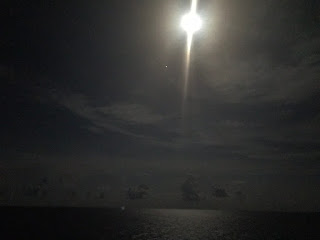 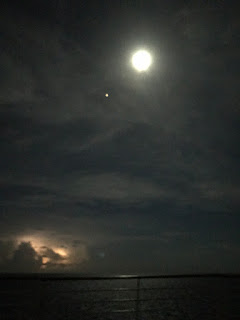 Then, some extra walking around the ship and off to bed.
Tomorrow we get off the ship... four nights is a short trip, but we did have a great relaxing time. 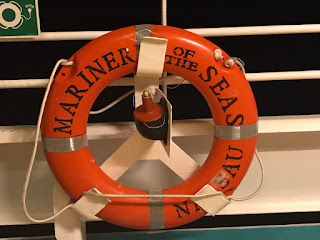 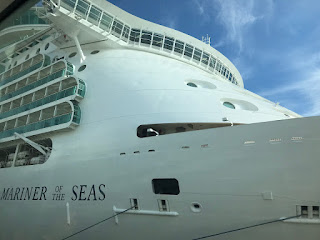 Popular posts from this blog

August 18, 2018
We got to stay in a refurbished room at the Coronado Springs Resort in late July 2018. The area we were in is known as Casitas 2.   Casitas 2 is closer to the main building, as preferred, but starting to get a little further away.  Not as far as the other areas. From what I can tell these areas were the first to be refurbished as the resort is still going through the existing room refurbishment. The entire resort is getting its own extreme makeover. Besides the guest rooms, the common areas and restaurants are getting a new look as well as the pool area later this year.  In addition they are  building a brand new 15 story tower with new rooms as well.  The theme is the southwest.  They are toning down the heavy theme and making the rooms more upscale for the heavy convention clientele as this has one of the largest convention areas on property. In our eyes they did a great job! Very updated, modern but a hint of theme and not over the top. The use of granite topped furnit
1 comment
Read more

July 22, 2018
We woke up about 7:30.  Got ready and headed to the free breakfast.  It was good and enough to fill us up. The usual continental breakfast with some hot items as well.  Like eggs and such. We all got the bags together after 9 and packed up the car.  We were on the road by 9:30. Coming from the west side of the airport we hit some morning traffic. Nothing awful, it kept moving, but it was just under 30 minutes.  We saw first sighting of our home for the next week at 9:55! Still very early. We unloaded the car, parked it and got into the terminal. Check in was very easy and we went to the emerald area to sit. It was not a long wait at all. We were boarding the ship at 11am. Took the welcome aboard picture and headed on to the ship. First thing we needed to do was to head the shore excursion desk. We had read that if you booked a bungalow on Coco Cay, as we did, you could head there upon arrival and pick your bungalow. We pre-ordered a bungalow.  These are done through the cruise
Post a Comment
Read more